A week of Annual Leave began Friday. I have several plans, mostly involving chin-ups in my lounge. I’m still trying to beat PBs and bring my weight down, whilst coming off medication.

Not much has happened this week, except one thing. If you’re planning to watch Ozark, you might want to close the page. Cartel boss Omar Navarro (Felix Solis), having had a strained relationship with launderers / protagonists the Byrdes, is moved from his US prison cell, believing he’ll be extradited back to Mexico. It turns out the cartel are in on it, and have prepared his escape only… for his sister Camila (Veronica Facon), acting boss in his absence, to double cross him and have him killed him anyway. Cartel hitman Silva (Rick Perez) gets him out of the van, and executes him. Rick Perez liked a few of my Insta posts, including this absurd Australia Day story.

Posted by CageFightingBlogger at 18:53 No comments:

Lemon and Rosemary Steak with Garlic Roasted Potatoes and Onions. A full square meal, I think you’ll agree. I predictably forgot to note the start time, but it took me longer than the recommended 15 minutes to prep. There’s lots of this involved, including flash-frying the steak first, and assembling a well-complimenting lemon-and herb mixture, but it’s worth it. The 1hr 10 cook time (mostly for the veg, the steak goes in for the last few minutes) was spot on, though. I love a good steak, and normal potatoes make a refreshing change to the sweets I normally have.
Posted by CageFightingBlogger at 10:46 No comments:

Jax Jones, dance music producer, dropped into Manchester club Joshua Brooks on Friday night for Midnight Snacks, a house music night. I knew the name Jax Jones, but couldn’t quite place his songs, so did a quick google before the event. The absurd video for his collaboration with MNEK on Where Did You Go features some of the best worst dancing I’ve ever seen.

In stark contrast to the rise of air-conned, plush-decor hip-hop clubs that have become the norm in the city, Joshua Brooks has- since its inception in 1993- remained a brick-walled, low ceiling sweatbox dance venue: heaving with people, ridiculous toilet queues, limited phone reception but a good, friendly vibe, a young crowd with a passion for the music. It’s good to see there’s still a demand for house.

For more heavy bass that my phone can’t handle, see the Insta story.

Posted by CageFightingBlogger at 13:44 No comments:

We’re coming to the end of Mental Health Awareness Week 2022. The theme this year is loneliness.

As the years of my blogging have passed, I’ve become increasingly comfortable with the idea of discussing my mental health challenges. I’m cautious not to bore, irritate or embarrass anyone (including myself), but as I’ve experienced certain problems, and I’m capable of describing them in writing, I feel I should. If something I write helps one person, that’s enough.

As the video mentions, loneliness is nothing to do with not having people around you. It’s an emotion that’s separate to your proximity to others, and your contact with them. It’s an issue of connection to others, but mostly, it’s about the individual experiencing an emotion of a specific kind of discomfort.

Some of the worst loneliness I felt was when I was 17, in college, surrounded by my mates all day, doing a course I was genuinely passionate about. But I felt like I was missing out dreadfully. I was committing all my time to my course (then undiagnosed short term memory difficulties slowing my work rate), listening to everyone else describe their social lives, and I had nothing to compare it to. It was a feeling of inferiority, due to my condition making me different, and it was something I’d always had and has, sadly, stayed with me.

These days, nearly 40, I’ve long finished my therapy, haven’t cried for years, have annexed whole groups of toxic friends (garnered later in life as an attempt to quell exactly that emotion) and have a much greater understanding of my own mind. It’s still there, buried away, but it’s under control. Being accepting of my memory, not just being organised enough to avoid using it, has put me at much greater ease. Having a greater comfort within myself is precisely what has kept that particular emotion, for the most part, at least, at bay.

Posted by CageFightingBlogger at 22:21 No comments:

Well, the inevitable has happened. The video The BBC used for their Docu Tim Westwood: Abuse of Power has disappeared from my Youtube. Copyright Claim from Westwood himself. How exactly you can copyright someone else’s video of yourself talking shit in a club, I don’t know. Perhaps it was his logo on the back of his laptop.

The video: Westwood was DJing in Manchester’s now closed Suede nightclub, discussing the tightness of women’s vaginas. I tried to back it up with a Screen Recorder app as a few Westwood videos were disappearing from Youtube prior to mine going. Didn’t quite work out. Not got the hang of it.

Posted by CageFightingBlogger at 19:06 No comments:

I’ve been sitting on a secret for about a month now.

Most of you will, by now, be aware that Tim Westwood has harassed a number of young black women, as the recent BBC docu described. Tim Westwood: Abuse of Power is now streaming on iPlayer.

Around a month ago, BBC’s Ruth Evans approached me via email asking me about a video I’d put on Youtube. I’ve filmed a lot of weird shit for blogging, so I had no idea what it could be. I’ve got hundreds of videos on my Youtube that could raise eyebrows. Turns out, it’s this one.

We arranged a phone call and Ruth explained that the following story had not been made public yet, so could I please not tell anyone. Well, this was somewhat difficult for a blabbermouth blogger like myself, but I managed. We had a chat where she revealed these allegations, describing inappropriate comments and touching towards young black women.

She asked about what happened the night I filmed the video, and the corresponding blog post I wrote, suitably called Does Tim Westwood have a Vaginal Fixation? I pointed out I’d also written another post about another of his DJ sets in the same club, the long-closed-down Suede, about a night in which he’d made other outrageous, vulgar comments. It was just the kind of thing they were looking for.

That earlier clip I gave permission to be used in the doc, and got a named credit. And I’ve perhaps made a contact at the BBC. Not to mention, 6K views on that particular video. Bit gutted that Westwood has turned out to be a wrongun, but can’t say I’m surprised.

Posted by CageFightingBlogger at 13:39 No comments:

Cafe Mambo at The Albert Hall 2 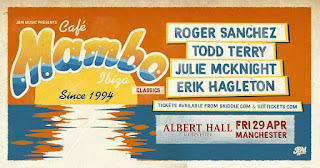 Just before lockdown I dropped into The Albert Hall in Manchester for a Cafe Mambo night, featuring a plethora of brilliant house music singers and DJs connected to the Ibiza-based brand.

Long after lockdown was lifted, a mate of mine told me about a night again at The Albert Hall that his group was going to, and invited me. Doofus here forgot to check the details. I looked at the event listings for the club and spotted another upcoming Cafe Mambo night, forgetting to check the date he’d mentioned. I just assumed that would be the one (he and his group I know as house music fans) and bought a ticket.

It quickly transpired they were booked onto the Trance Anthems night scheduled 2 nights later (tonight). I’m not a massive trance fan, although the line-up – including Sash, 4 Strings and Rui Da Silva- is a decent one. Buuut.. I’m not shelling out another £40 when Albert Hall wouldn’t refund me the ticket I’d bought. Standard Matt Tuckey error. I planned to just lone-wolf it.

Thankfully, 2 other guys – good friends from men’s support group Andy’s Man Club - had bought Cafe Mambo tickets too. This group keeps on helping me out in a number of ways.

So we met up in Brewdog, then took a look in Blues Kitchen, a fairly new live music venue on Quay St, in the old Walkabout building. The band were good, but the DJ beforehand gave us cheese and the clientele were standard Peter St chavs.

After a long but fast queue we made it inside the club by 11:30pm. Albert Hall, a giant Grade II – listed Wesleyan chapel in the middle of the city, is adapted with a stage, lights, lasers and an incredible sound system. Bumped into a few familiar clubbing faces from over the years. Good people. 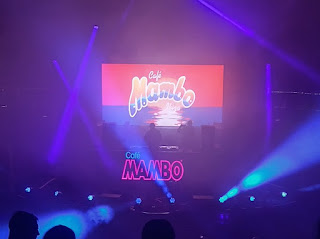 Roger Sanchez took to the decks after this. I repeat myself a lot. Memory difficulties. 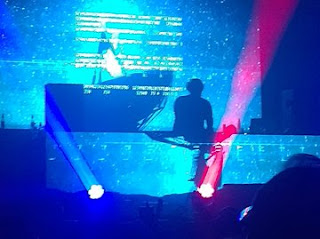 Great music and atmos. Let’s do it again! More on the Insta story. 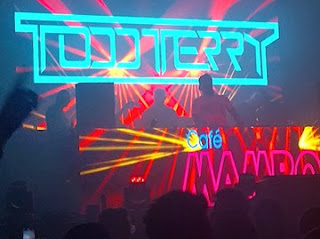