How Not to Win a Writing Competiton 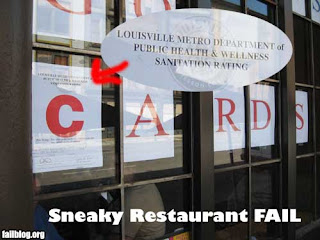 The first and foremost rule of not winning a writing competition is this: Don’t read the rules.
For instance:

“Urbis and SMITH want you to describe your life as a writer, artist, or raconteur in six well-chosen words. We’ll feature the best ones on Urbis and SMITH—and they could end up in a future book.”
-smithmag.net
You may find that, while concocting these anecdotes, the majority of what you can think of- and what everyone else thinks of- is pretentious, repetitive tosh.
“My words, my life… My arse.”
“The ink my pen bleeds love”.
“Write, send, get rejected, rewrite, yawn.”
All very poetic, and I can agree sometimes poignant.
But is it fun?
Reading- and writing- should be massively entertaining. I found trying to write about creativity too awkward. I expect it would be like giving a speech about childbirth… while you are in the final stages of labour. It could be done, I suppose, but it’s difficult to explain, and it’s one of those things that speaks for its self.
But the potential to tell stories in a six-word format, with no boundaries- that’s entertainment.
Here are a few I hammered out, story title first:
No one can judge me
“Court case thrown out: free man!”
How to stay young
“Man stays youthful through permanent retardation.”
Advice on Relationships
“If love hurts, stop dating sadomasochists!”
Try coming up with anything as ridiculous or as absurd as that, within the catchments of “the creative life”. It’s impossible. The writer is almost forced into pomposity. Bravo to the winning entries as they were poignant and- wait for it- actually entertaining.
Well, enough bitching. Are you ready for a game? Name that film, represented in six-word memoir style!
1) Man kills dad to free galaxy.
2) Jewell thief admits being a cop.
3) Kill my crew? Eat vacuum, Alien!
4) Jew gangster grasses friends. Escapes alive!
5) Cripple does “Wild Goose” on cop.
6) Cat avenges dad’s death; becomes king.
7) Astronauts find ape world. It’s home!
8) Clerk kills wife’s pimp; finds paydirt.
9) After boxing, misogynist becomes fat comedian.
10) Son runs dad’s business; removes brother-in-law.
Back to the point.
My humble opinion is that writing of any kind, no matter how short or long, requires two things to stand out from the crowd: outstanding content and outstanding skill. The winners of the competition exemplified both of these. Here’s a final afterthought:
“Your manuscript is both good and original; but the part that is good is not original, and the part that is original is not good.” ~Author Unknown, commonly misattributed to Samuel Johnson (*) (Thank you, Frank Lynch.)
Posted by CageFightingBlogger at 19:00 No comments: Links to this post