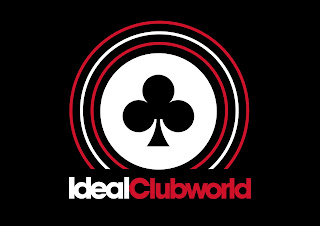 A few months ago I pulled a girl in Rififi nightclub in Stalybridge. She was substantially older than me. For that reason, I think, she wouldn’t give me her number and nothing happened. After that, my mate Sal gave me the nickname “Tomb Raider”.

A couple of my friends, Bini and Hema, present a radio show called The Asian Invasion, over on IdealClubWorldRadio. I’ve been tuning in for a few months to listen to quality house music and funny banter. The station has a chat room so that listeners can join the conversation with the presenters and other listeners. I joined the chat room under the name TombRaider, thinking that Sal would tune in at the same time as me and bust me within minutes. Sal works all kinds of shifts, though, so she couldn’t tune in at that time of Bini's show.

And so began a two-month guessing game for the presenters, where they named about 20 people (most of whom I had actually met).

“I once made Jenna Jameson LOL over Twitter”, I wrote.

Phew, I thought. Off the hook. It didn’t occur to me, though, that other people in the chat room would bust me out.

The reply came within 2 seconds. “Tuckey!”

What the fuck? I thought. Why is my name synonymous with the adult entertainment industry?!

But then I thought, hmm, take a look through my top hit blog posts. And my shaky-at-best reputation with women. There’s probably a connection there.

So. I’m still going to tune into the show, although possibly under a more recognisable pseudonym. “Tuck McNuck”, perhaps. The banter has been hilarious, but once I was stripped of my anonymity (by banging on about things I really shouldn’t around women) I felt like I’d lost an identity of sorts. It was fun while it lasted!

But seriously, the show is still fun to listen to. There’s a preconceived image about the House music scene that it’s full of sombre, pretentious people who take their musical passions too seriously- tune into The Asian Invasion and see how Hema and Bini are blowing that dated ideology out of the water. It’s chilled out, interesting, has great music and is generally hilarious. And of course, I’ll be in the chatroom. Wednesday nights from 9pm. Get on it.
Posted by CageFightingBlogger at 17:35

We appreciate your support Tuck McNuck ;)