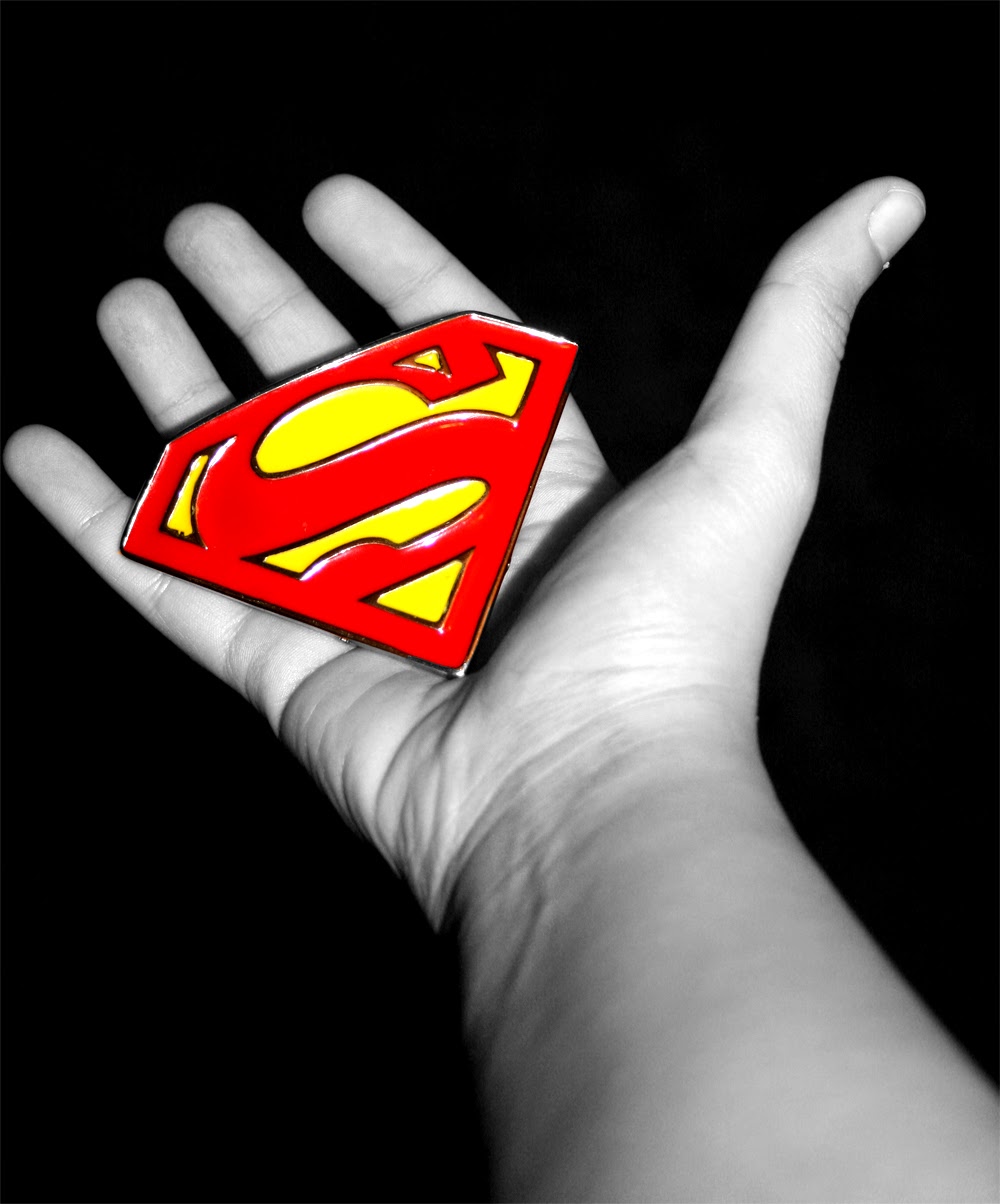 Back at the start of October I decided I was going to lift everything the chest press machine had to offer.

I was already lifting all 20 plates, and added only the 3 1.25kg discs to the rack. I thought I'd do it in under a month, as that meant only 3.75Kg to add to my personal best. It ended up taking nearly 2 months. During that time, though, I mixed in a few other movements to work the chest muscle set in different ways, and broke this up with stomach exercises.

This is a hard exercise to beat, largely because the free weights are ALWAYS being used. Going in on days off meant I could access these be it early morning, late afternoon, or at midnight, oh it's never too soon.

Cough. KC and the Sunshine Band mode deactivated. At the start of the project, my PB was the 30kg dumbbells. That record had stood since May 2011. Going at quiet times meant I could hammer this movement regularly, and I quickly saw gains. I matched the PB in September not long after starting the project. I beat it in October, which felt great- then the next day I beat that record too. 2 days later I beat it again. I haven't quite got 10 reps on the 36s, though.

Great for endurance, dips work the same muscle set as bench press with a little more pressure on the shoulders. I added 1 pitiful rep to my PB during the Beating Bench Press project. It's always best to do dips early into the session when you're fresh. Do endurance after strength training and you'll already be fatigued. Dips before dumbells, however, warms up your arms ready for heavier lifting.

On the first session, I performed 100 reps: 10 for each of the first 10 plates. I worked my way up to the 19th and got stuck there for a full month. Today I lifted everything on the seated chest press. Technique? Eat loads of protein and put in the effort, and you see gains.

I quite fancy a well-deserved break from the gym for a couple of days!
Posted by CageFightingBlogger at 17:34 No comments:

Email ThisBlogThis!Share to TwitterShare to FacebookShare to Pinterest
Labels: workout

Well, I've submitted myself to the UK Blog Awards. 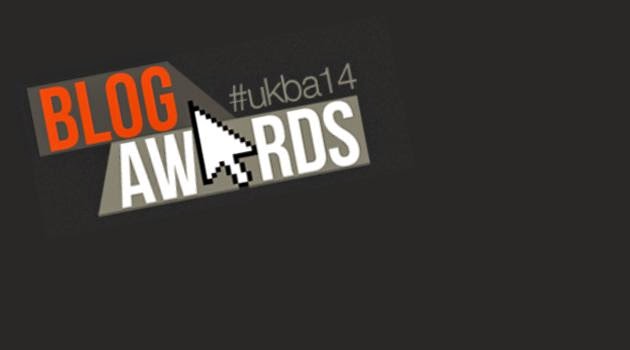 For what it's worth. Think big, etc etc. I submitted Power is a State of Mind to the submissions section of the site  Here it is on the site. I'm going to forget about it, get on with blogging and enjoy my week off work. Boom!
Posted by CageFightingBlogger at 20:38 No comments: 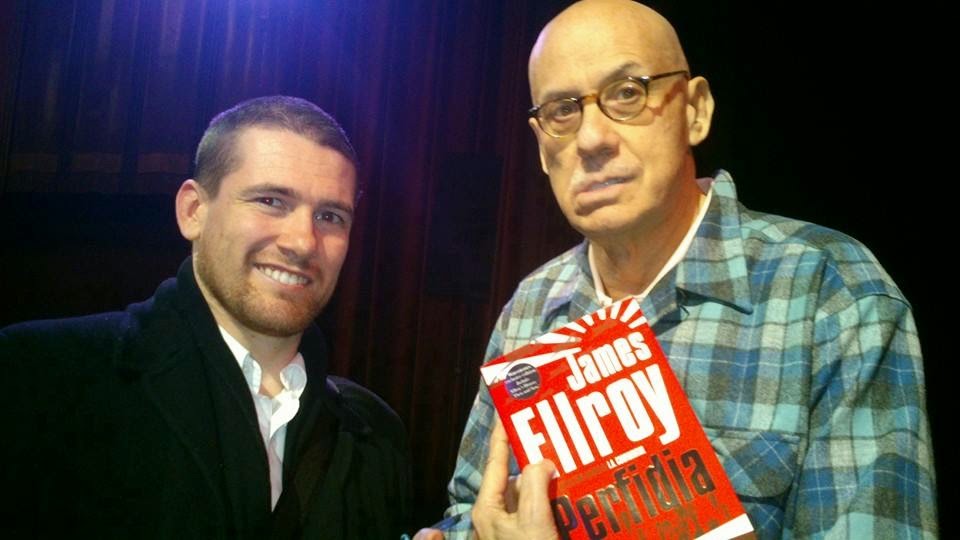 “I write books for the the whole fucking family, if your family's name is Manson,” says James Ellroy.

5th November: I arrive at Manchester's Dancehouse Theatre just in time to buy a JD and Coke and a copy of Ellroy's brand new novel, Perfidia. Mr. Ellroy is in sales overload mode: “If you buy one thousand copies, you will get sex for the rest of your life.” He goes on to reel off quotes from Ann Sexton and TS Elliot. “We bow our heads,” he says, “and we worship literature.”

Perfidia, he tells us, is the first of a second LA Quartet- the first four books comprising of The Black Dahlia, The Big Nowhere, LA Confidential and White Jazz. Some of the characters from the first quartet will reappear as younger characters, he claims, in Perfidia and the planned further three novels. The chunk of the book he reads hints to this.

“I will now welcome your most invasive and over-personal questions,” he promises. The lights in the theatre go up. “Hey fuckers,” he says, “you look good! Did you know Richard the Third was unearthed from this spot?” A pause. “No? Fuckin' heathens. I killed Richard the Third in a previous incarnation. I just wanted you to know that.”

The Waterstones representative wants to invite questions from the audience, but Ellroy isn't ready just yet. He points at the bookstore rep. “Don't you think he looks like Tom Hardy?”

“I wish,” the rep replies with a smile.

There's a question about women- Ellroy says they play more of a part than ever in Perfidia, which “describes history as a state of yearning. Nobody embodies this like Kay Lake.

“That was a great first question.”

The next question: why write? It's agreed that should be the closing question. He'll return to that young man.

Further questions- and their detailed answers- illustrate Ellroy's writing techniques. He describes digging out chronologies, notes, plot synopses from decades ago- reprising characters from previous novels to recreate them as their younger selves. The new quartet will have “the greatest run of characters, including some real ones. I'll be reprising (corrupt police captain) Dudley, played brilliantly by James Cromwell in the 1997 movie (but not as good as the book)”.

The next question is about TV show The Wire, which in more recent seasons has been set in Baltimore as opposed to its original long-term Los Angeles home. Would he consider setting his work elsewhere?

“I saw three episodes of The Wire and I thought it was bullshit. Baltimore over LA? Fuck you!” he shouts. “Suck my dick!” He grabs his crotch.

The audience is in hysterics.

“I'm from LA,” he says. “My parents hatched me there. It's where I go when women divorce me. I write film scripts to finance the alimony.”

He's in full flow, and he reveals more of his work, his life and- most noticeably, his ego. He describes Beethoven as “The German Ellroy”, and Tolstoy as “The Russian Ellroy”. This coincidentally ties in with the next audience question: does music play a part in your storytelling?

The answer is yes. “But I hate rock and roll. Here's what I have to say to fans: grow up. Quit wearing black. Stop rebelling.” As a “classical fanatic”, Ellroy describes his red-walled music room back home, complete with Beethoven busts.

Question: After Blood's a Rover (which ends with the death of J Edgar Hoover in 1972), we thought an Ellroy take on Nixon might come next. Instead you went back to the 40s. Why?

Answer: “1972 onwards bores me. Watergate's been done to death. Besides, some of those cats are still alive, and they can sue your ass.”

An audience member describes what Ellroy does best as “nostalgia nausea”, and asks if he agrees.

“No, I live in the past,” he answers matter-of-fact. “I love it. My next project is about life on Earth, but my heart belongs in January 1942.”

Another audience member asks question I was actually wondering myself whilst reading the Underworld USA trilogy: do you plan entire trilogies or work more book-to-book?

“I love big shit,” says Ellroy, and asks if anyone's familiar with the composer Havergal Brian, whose operas are so long some have never been performed. One audience member was familiar. “It's an acquired taste,” admitted Ellroy, “but I like that big shit!

“I was a lonely boy. I'd read long books to stay away from the world. You must get strung out on amphetamines when you read these books,” he instructs us. “I want you to sacrifice the time so you enjoy it, and you'll be able to approximate the obsessiveness of the characters.”

Further questions paint a picture of the man: his sacrifices (“I'm 66. I tried being a family man. It wasn't for me. I'm a bearer, a brooder”), his dislikes (William Burroughs, Charles Bukowski, Hunter S Thompson) and his likes (the novel Watergate, written by Ellroy's sole writer friend Thomas Mallin which Ellroy describes as “breathtaking work”). He claims a Washington-based Mallin/Ellroy project is on the horizon.

He returns at this point to the earlier question, why write?

To answer, he reels off Dylan Thomas from memory.

Not for the proud man apart
From the raging moon I write
On these spindrift pages
Nor for the towering dead
With their nightingales and psalms
But for the lovers, their arms
Round the griefs of the ages,
Who pay no praise or wages
Nor heed my craft or art.

He writes crime fiction for... couples?

For the record, I met Ellroy in '09 when he released Blood's a Rover. See the writeup here.
Posted by CageFightingBlogger at 16:13 No comments:

The Irony of Oscar Pistorius

During the prosecution of Blade Runner Oscar Pistorius, Gerrie Nel brought up an incident where the athlete put on Kendrick Lamar's Bitch Don't Kill My Vibe at a party. Here's the song:

Here's NME's writeup of the day in court, covering the incident.

Listen to that opening chorus line.

He'd already fired a gun in a restaurant before he killed Reeva.

Changes like prison? And he'd already been burgled and jacked on the highway. He was well aware of the dangers of living in Pretoria.

Judge Masipa should have extended his trial for not knowing what decent hip-hop is. I bet she could bust some Wu-Tang lyrics if she was pressed.
Posted by CageFightingBlogger at 20:18 No comments:

Email ThisBlogThis!Share to TwitterShare to FacebookShare to Pinterest
Labels: celebrity 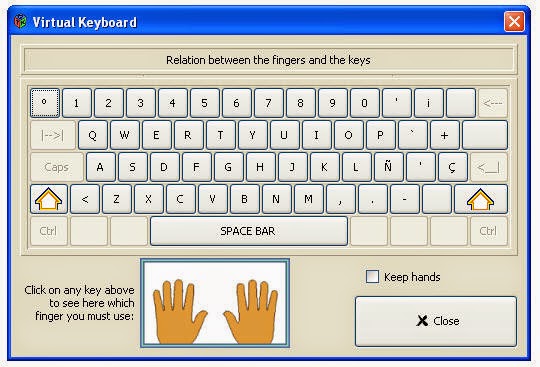 I've been blogging now for nearly eight years. I've improved a lot over time, and the work that I've done has matured and been refined, not unlike myself. Okay, pretentious douchebaggery ceased.

The point is, I'm trying to develop further as a writer and as a person, and a lot of my time is spent at this seat putting in the words. It would benefit me hugely if I learned to type properly. It would save a lot of time, and would assist me both with my blogging and with my job, which also involves a lot of typing.

Hence, I've downloaded Klavaro, an open-source touch typing tutor program. I'm hoping it will help me to increase my typing speed within a month. Have you used it? What did you think of it?
Posted by CageFightingBlogger at 18:14 No comments:

Sorry about this Gerrie Nel impression.

Posted by CageFightingBlogger at 20:05 No comments: