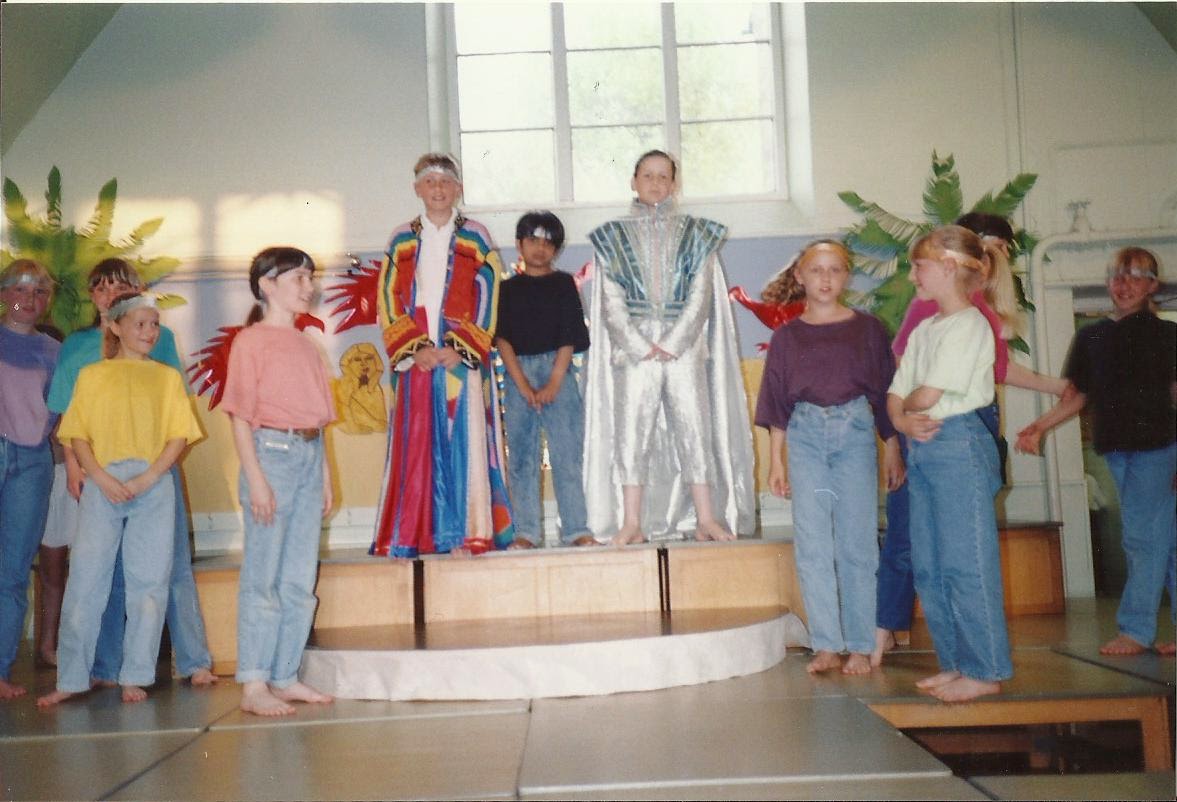 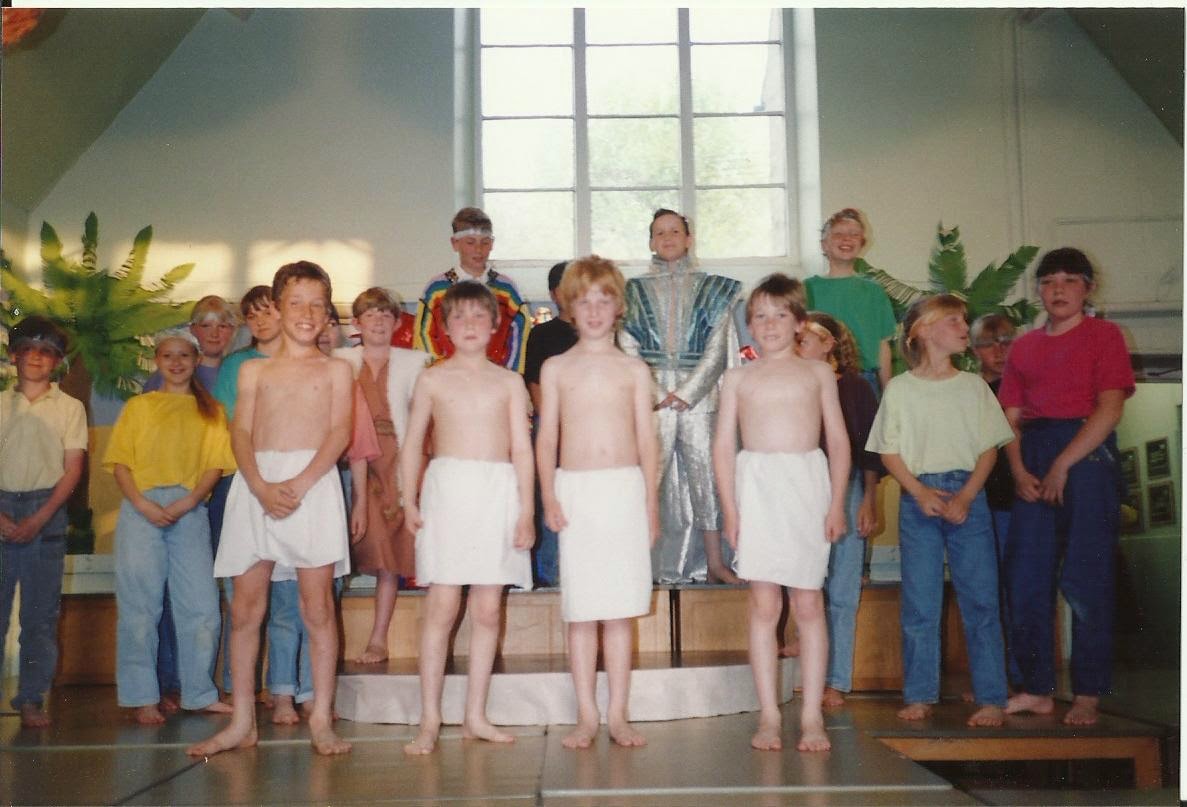 The England and Leeds Rhinos rugby captain Kevin Sinfield MBE playing the title role in a school production of Joseph and the Amazing Technicolour Dreamcoat. Sinfield attended St Agnes Knowls Lane between 1985 and 1992, the latter being the year of the photograph's origin.

I expect he was picked to play Joseph as he was the only person brave enough to sing the solo, Close Every Door.

If I remember rightly this production was filmed by an amateur cameraman. I'd be interested in seeing it, partly because I was in it. I played one of the slave traders who bought Joseph off his brothers at the start of the play, and- in the second picture- the Pharaoh's slave furthest screen right.

If anyone still has this footage, get it uploaded- there are a lot of curious people out there.
Posted by CageFightingBlogger at 20:43

Email ThisBlogThis!Share to TwitterShare to FacebookShare to Pinterest
Labels: celebrity

My name is Alfred Betty, i live in UK. My life is back!!! After 1 years of Broken marriage, my husband left me with two kids, I felt like ending it all.I came across several testimonies about this particular spell caster. Some people testified that he brought their Ex lover back, some testified that he restores womb,cure cancer,and other sickness, some testified that he can cast a spell to stop divorce and also spell to get a good paid job so on. It was very amazing, i also come across one particular testimony, it was about a woman called Ruth, she testified about how he brought back her Ex lover in less than 2 days, and at the end of her testimony she dropped his Email.After reading all these, I decided to give it a try. In just 48hours, my husband came back to me. We resolved our issues, and we are even happier than ever. Dr,Shakiki you are a gifted man and i will not stop publishing him because he is a wonderful man. If you have a problem and you are looking for a real and genuine spell caster, Try him anytime, he is the answer to your problems. (Lordshakikispell@yahoo.com ) Or  WhatsApp Him Or Call +2348071398555. Via Web Sit: https://lordshakikispell.webs.com/

Do you find yourself in a bit of trouble with unpaid bills and don’t know which way to go or where to turn? What about finding a reputable Debt Consolidation firm that can assist you in reducing monthly installment so that you will have affordable repayment options as well as room to breathe when it comes to the end of the month and bills need to get paid? BENJAMIN LOAN INVESTMENTS FINANCE is the solution to your financial misfortune. We offer all types of loan ranging from $5,000.00 to $533,000,000.00USD with a low interest rate of 2% and loan duration of 1 to 35 years to pay back the loan secure and unsecured. Our loans are well insured for maximum security is our priority, Our leading goal is to help you get the services you deserve, Our program is the quickest way to get what you need in a snap. Kindly reduce your payments to ease the strain on your monthly expenses by Contacting us on the following Call/Text +1(415)630-7138 Email drbenjaminfinance@gmail.com

I was having Herpes Simplex Virus then i came across a review of people saying that they got treated from Herpes Simplex Virus by Dr VOODOO., So i gave a try by contacting him through his email and explain my problem to him. He send natural medicine herbs to me and told me all the things I need to do and also give me instructions to take the medicine, which I followed properly. Before I knew what is happening after two weeks the HERPES SIMPLEX VIRUS that was in my body got vanished . so if you are also heart broken by any deadly diseases like HERPES HIV, shingles,low sperm count or bringing back your ex lover, this great man is extremely the best in which I have seen if you also need a help, you can also email him at voodoospelltemple66@gmail.com Add Dr voodoo on whatsApp +2348140120719