Fingers twitching, urges itching
To pull out what's hiding behind the stitching
Trying to focus on leaving it alone
No, you dirty bastards, I'm talking 'bout my phone!
One five three grams of electrical power
Battery life hardly over an hour
Assistant personality extension
More apps installed than I care to mention
Firefox app connects to the mainframe
Facebook and Twitter causing a brain-drain
My main aim- is not to fangle
With the little black plastic rectangle
Kids down mines to make it function
Without cobalt I'd have no compulsion
It wouldn't be so bad but what's making it worse
Is I sit down at my desk and I'm badly underworked
The urge to tweet hits; I just can't stop it
Then I'm delving back into my trouser pocket
Social media brings a hit of dopamine
A retweet means pleasure washes over me
It's overly addictive, so much it's emotive
It's got to the point where my manager has noticed
My bad habits seem to cause some friction
The issue has been raised during supervision
I don't think they realise that this is an addiction
I am an addict. Can't they see past my diction?
You spend years learning to speak and to write
but other shortcomings leave you sleepless at night
A night without sleep means a day out of kilter
Browsing your camera roll, laying on a filter
Where is the will to- resist the temptation
And while work's quiet, find a vocation
But wait, I think, how stupid could I be?
The answer's here, staring right up at me!
Go on your phone and you'll get bollocked just like I did,
But pick up a pen and no-one bats an eyelid.
Give yourself a hit, and then you want more of 'em
Addiction can frequently stem from boredom
Whether Instagram or whether cocaine
No matter the vice, the process is the same
What if it was none of these things, bear with me, just think
What if we changed the substance to ink?
You can probably guess where this is going
Why surf twitter when you could be scripting a poem?
No-one suspects when you're not texting or talking
Matching the vowels releases endorphins
Finding syllables with which to couple up
My vacant occupation is inspiration enough
A matchup with the vowels means I know what to put
Anyway my manager's coming over so I'll shut the fuck up.
Posted by CageFightingBlogger at 21:32 No comments: 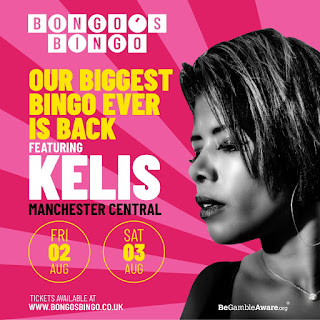 Friday night: Meetup group Manchester Cool Bars heads to Manchester Central for a giant game of bingo with 9-time award-winning singer Kelis. The Milkshake musician will be performing over the weekend with Bongo's Bingo, the craziest, wackiest bingo game currently sweeping the nation. You may win cash. You may win a Fisher Price sit-in car. Or, if you false-call, you may get called a dickhead over the PA system in front of the packed-out venue. You just don't know.

You have to try this. There are still tickets available. Come join us!

Posted by CageFightingBlogger at 23:13 No comments:

Dropped into History Club Saturday night for Silvia's birthday. We had a table booked at the Longworth St club, and started out in Refinery in Spinningfields. Guestlist was organised for the club and a quick dart between venues was necessary as it was pissing it down as per.

It's a smart, upmarket club, differently designed to the likes of LIV and Panacea, but frequented by the same clientele, and offering the same contemporary hip hop and hyperinflated drinks prices. The booth and table we had booked I'm unaware of the price- not going to ask Silvia how much she paid, but you can imagine. The booth itself was pretty small and the cushioning thin. No phone charging ports. Performing on the night: WSTRN, who sang their 2015 number 4 platinum hit, In2.

On Thursday I dropped into the launch of Jasmine Bar and Grill, a new Asian restaurant on Chorlton St in the City Centre. Based in Street Cars House, the restaurant bosses also own the Street Cars taxi firm. The owner Hamara mentioned there's an app for Street Cars that offers a discount on journeys.

It's a charming little restaurant with great food- the guests devoured the canapés as soon as they served them. Another great launch from Go: PR and Events. 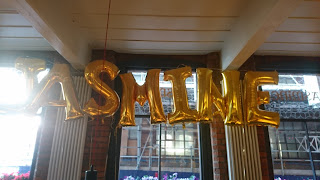 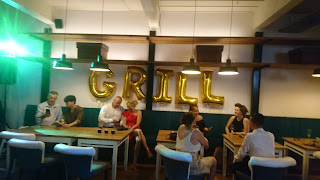 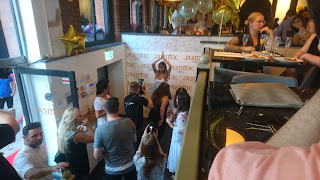 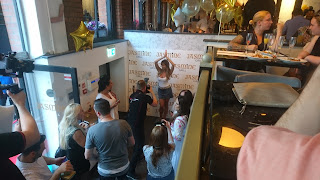 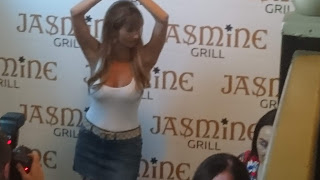 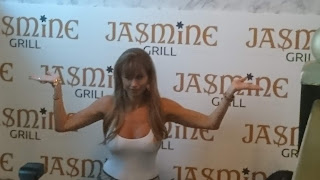 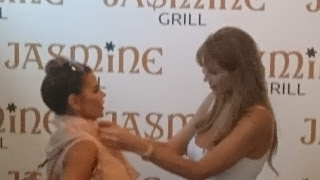 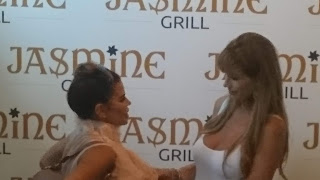 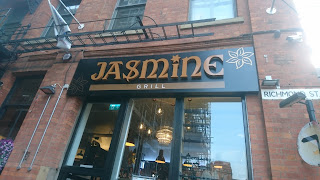 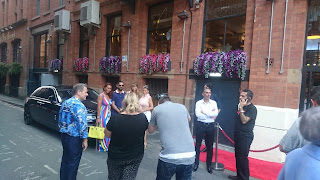 Posted by CageFightingBlogger at 17:08 No comments:

Here are the musicians for the evening: the marvellous Acoustic Cats.

A great event by Go:PR and Events. Here's the MEN writeup. 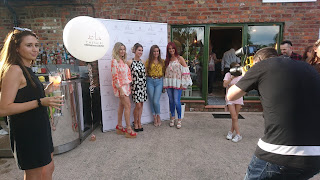 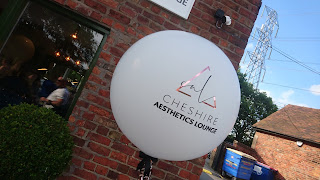 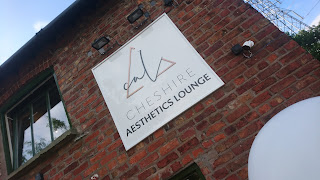 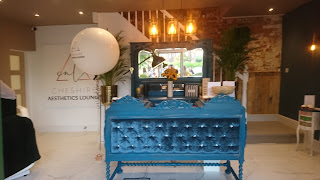 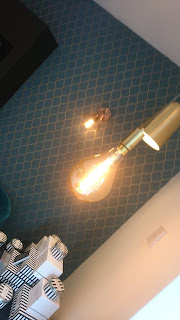 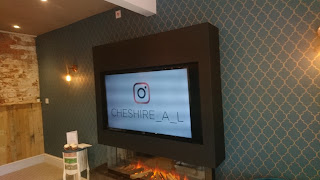 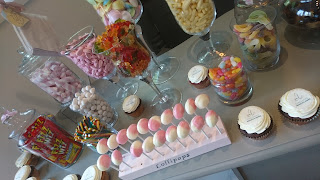 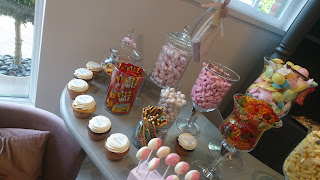 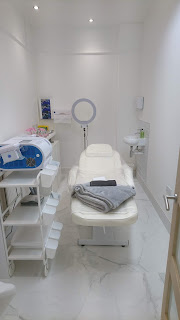 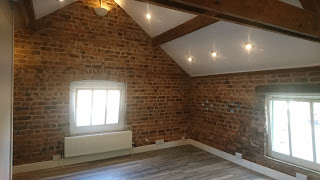 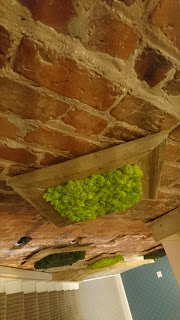 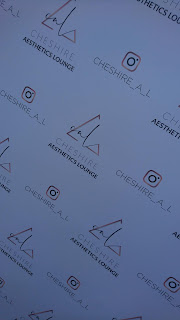 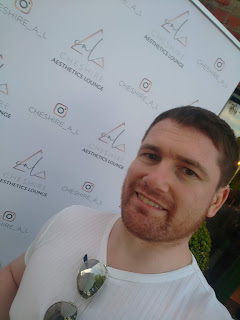 Posted by CageFightingBlogger at 21:17 No comments:

Coming up on the blog: 2 launches, a night out and UFC 240, the latter of which I'll be watching in Genting Casino. It's the bast place to watch the fights. Hit me up if you're going. Max Holloway defends his featherweight strap against Frankie Edgar, and Cris Cyborg- after losing her featherweight belt to bantamweight champ Amanda Nunes last December- faces Felicia Spencer.

I've just read Aliens vs Predator: Fire and Stone, a graphic novel I picked up at Oldham Comic Con a while back. There are 4 species battling for supremacy here- humans, aliens, predators and some other humanoid, one of which is called Elden, who speaks English and tries to reason with the aliens and predators. It doesn't really work- neither for him as a character, nor for the plot. When one of his legs gets cut off, he can still kick with the other, like that weirdly optimistic knight in Monty Python's Holy Grail. I don't think the authors intended it to be that way. Another implausibility- why doesn't the aliens' acid blood melt the spacecraft's hull? That has always been an issue.

Hmm. Not as good as the earlier graphic novels, although the illustrative detail has come on a long way. 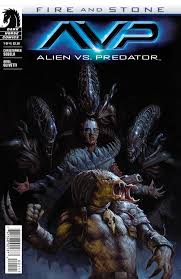 Posted by CageFightingBlogger at 15:05 No comments:

I mentioned back in May that I was burgled the previous July, now over a year ago. I know exactly who did it. I just don't have the proof.

The culprit- we'll call him Kenny- was recently evicted from the Littlemoor estate, and I hadn't seen him in months. On Tuesday, I saw him on George St in Oldham in a wheelchair, being pushed by another man. Is this the result of a degenerative disease? Or an assault? Or is it an attempt at benefit fraud? Does anyone know anything about this? If so, hit me up.

Recently, police raided a scrapyard in Oldham, and found parts of my stolen car. They're planning to prosecute, so I made sure I reminded them about the the connecting man.

In other news I hit 90kg on vertical grip bench press, a PB I haven't beaten since 2011. This is largely due to Oldham's main sports centre not having a chest machine with vertical handles. Chadderton Sports Centre, where Oldham's Andy's Man Club is held, does. I fit in a cheeky session before the club meets.

Today I visited Orton's Writers Circle in Nexus Art Cafe. I got some great feedback on a poem I wrote. I'll polish it up and you'll see it here soon. They're keen for me to write more of the same style.
Posted by CageFightingBlogger at 18:28 No comments:

Tuesday was training day at Oliver's Club bar and Barbers in Wilmslow- I dropped in for a free haircut. The young apprentice who cut my hair did an excellent job and got superb tuition from the staff.

Friday night I joined 20s and 30s in Manchester, which if I recall is a meetup group although I can't find it. I've joined a private group on Facebook, an offshoot of this, where events are organised. I joined the group at Manchester's The Ivy  for cocktails.

View this post on Instagram
Salted caramel espresso martini. Why I bought this when I don't drink coffee is beyond me. @theivymanchester #cocktails #manchester #nightlife nice though
A post shared by Matt Tuckey (@matttuckey) on Jul 12, 2019 at 11:42am PDT

View this post on Instagram
Peach daiquiri @theivymanchester #cocktails #manchester #nightlife #spinningfields I'd like to remind everyone that this is totally not gay.
A post shared by Matt Tuckey (@matttuckey) on Jul 12, 2019 at 12:41pm PDT


As you can see, I spent the rest of the weekend following suit.


Fun weekend. I also read a lot: Lady Mechanika was a short steampunk comic about a woman with metal arms and no memory- not my thing, tbh- and I polished off Shallow Grave & Trainspotting, a screenplay omnibus by John Hodge. I know Trainspotting, a collection of tales about 4 Edinburgh down-and-outers, inside out, but it was interesting to see little bits that were cut from the completed movie. Shallow Grave I remembered very little of, but it was good to return to the tale of three flatmates, a newcomer, a bag of cash and subsequent murder.
Posted by CageFightingBlogger at 20:21 No comments: 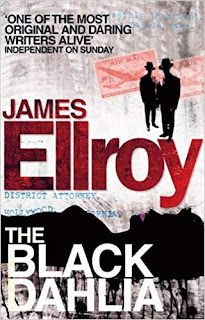 I've just finished James Ellroy's semi-fictional account of the real-life murder mystery, The Black Dahlia. In reality, the 1947 unsolved murder of 22-year-old Elizabeth Short shocked California. She disappeared one night in January. Her body was found cut in half and drained of blood in a vacant lot in the south of the city.

The book blends facts and fiction, and I honestly don't know much about the real case so I can't comment on how and where, but the story twists and turns, much like the reader's stomach once the murder details are revealed throughout the investigation. A love triangle, an obsessed young detective and a few other brutal murders create a rich tapestry of violence and police work. The 50's jive talk is easier to get through with google at your side- the average dictionary won't clear up confusions about long-gone dialect. There are a thousand reviews for this book out there. It's great. If crime mysteries are your thing, this is for you.

There are meetups happening in the city: Young Professionals in Manchester are meeting at The Wharf in Castlefield: perfect for a warm Saturday evening. There are plenty more if you search the site.
Posted by CageFightingBlogger at 11:26 No comments: 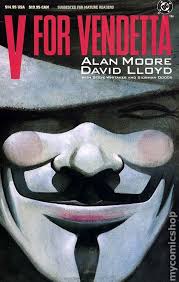 I found a classic graphic novel at a Manchester Golden Orbit comic fair a while back: V for Vendetta by Alan Moore and David Lloyd. Released in 1988 and set in 1997, it predicts a totalitarian future in which a shady British government watches the every move of all of all of its citizens, including a browbeaten young girl whose parents were sent to a concentration camp, and a masked, caped figure determined to change the shape of the country by any means necessary- including violence.

The story follows both the girl, Evie, and the government officials trying to track down the elusive V, a classically educated, lethal terrorist. There are twists, turns, murders, bombings, and even a few cabaret acts mixed into the horror-laced world of 'future' London. A weighty, fascinating, relevant and gripping graphic novel, although the introductory red-on-black text is an eye strain.

There is a movie adaptation that I've yet to catch up on (it's typically not on Netflix).

Posted by CageFightingBlogger at 21:01 No comments: