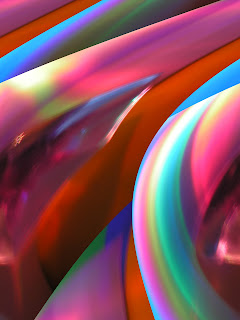 I thought of the idea for this story idea back in 2009. Without giving too much info away, it's about a very bad man, who has done some very bad things. Before he goes to court he hires a skilful, eccentric lawyer called “Mr Loophole”, inspired by celebrity lawyer Nick Freeman. Together they devise a far-fetched but promising defence case. But there's a surprise in store for the pair of them.

My knowledge of the judiciary system in the UK comprises of one afternoon in 1997 spent on work experience with some journalists, sat in the stalls of Oldham Magistrates watching people get sentenced. I remember two cases distinctly. One woman was busted shoplifting in Boots. She was called to the stand, seeming the most terrified young woman ever, shaking all over, holding the butch female custody officer's hand. She pleaded guilty with a whimper and got community service.

To this day, I've never seen an adult so scared.

The other case I recall was a guy who'd been charged with indecent exposure to a female. He'd basically been stood on a bridle path somewhere in Oldham and, when he noticed a woman headed toward him, had hidden in the trees to the side. According to the prosecutor he stepped out in front of the woman, holding his exposed erect penis. She was quite distressed. The prosecutor, also female if memory serves me, asked if he had anything to say before he was sentenced. “Yeah,” he said. “I wish I hadn't done it.”

I jotted that phrase down. I looked over to the journalists. Their shorthand was, to me at least, a page of strange squiggles on paper, but in legible English, presumably for quotability, was the phrase “I wish I hadn't done it”.

This poem describes a trial of a somewhat different nature. As I'm not a legal expert, I didn't want to write this as a standard short story. I first tried it as a mock interview with one of the jurors, done in flash fiction style. It didn't capture any tension and the juror character was too secondary in the story to justify being the narrator. I tried it in a newspaper article format. I'm not a trained journalist, though, so my mimicking of that style was a little clumsy. As I'm quite a big hip-hop fan, I thought I'd try doing this in rhyme so I could brush over the details of procedures within the police and the courts, and still tell the story with the right pace. And because I wanted to rhyme words together.

It's long. It's strong. It's totally wrong. It's The Trial, over at Static Movement magazine.

I got about half-way through mate. Bit long...but what I managed was really good.

Thanks Tom. Feel free to check out the rest later.